Warning: count(): Parameter must be an array or an object that implements Countable in /home/customer/www/rachelhamiltonimprov.com/public_html/wp-content/themes/virtue/lib/cmb/init.php on line 714
 About Rachel Hamilton | Rachel Hamilton Improv
Skip to Main Content 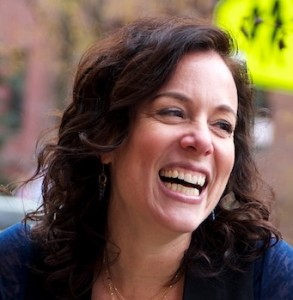 I am an Improv Teacher,  Performer and Producer. I caught Improv fever during my very first week of my freshman year at Northwestern University.   A wonderful Improv team (Thanks for Coming!) came to perform at my dorm during New Student Week and ten minutes into their show, I had to stop myself from jumping up and joining them. Getting to play with smart and funny people, making up characters and scenarios on the spot?!  Yes please! For me and Improv, it was love at first sight. And we have been together ever since.  Within weeks, I’d auditioned into that very group and quickly discovered that Improv was even more fun than I’d imagined. Which is why, almost thirty (gulp) years later I am still wildly excited about/fascinated by the endless bounty of gifts that Improv has to offer.

After college, I moved into the big city of Chicago and began training at The Second City and a couple of years later I was cast in the company.  Being a member of The Second City in the ’90s was like being in comedy heaven.  My peers and cast mates included Tina Fey, Amy Poehler, Rachel Dratch, Scott Adsit, Adam McKay, Tami Sagher, Nia Vardalos, Stephanie Weir, and those are just the famous people.  Yeah, lots of my friends got real famous  – let’s just say I know more about holding a friend’s purse while she walks down the red carpet than the average bear.  My directors and teachers included Martin DeMaat and Mick Napier. Which is to say that I have learned from and with the very best.

After Chicago, I moved to LA to try out a bigger market and while I had some micro-moments in TV and film, I found myself consistently returning to what I love most, performing in front of a live audience. I’d started teaching Improv while in Chicago but it wasn’t until I was in LA that I really got into my teaching groove. Through the classes I taught for at The Second City, LA, I got to turn people on to Improv and watch them catch that same Improv fever I’d caught back at Northwestern. Teaching Improv feels like introducing someone to a magical world populated by creative, kind, courageous people where they will have the time of their lives.  To share the gifts of Improv, the way it expands enlivens and transforms peoples’ lives for the better is truly a privilege.  Teaching is my jam.  The more I do it the more I love it.

These days I teach workshops in my new(ish) home turf in the beautiful Bay Area of San Francisco and I also travel to teach. My teaching style is upbeat and nurturing.   I create a safe space where everyone can feel supported in a non-judgmental setting because that’s where everyone can do their best work. I teach anyone who wants to learn because everyone can benefit from doing Improv so why should actors get all the goodies?   I love to create customized Improv workshops to meet specific needs, ie:   Improv to Combat Writers’ Block, Improv Courage Academy,  Building Extreme Listening Skills with Improv.  Improv has endless applications – it’s the gift that keeps giving. 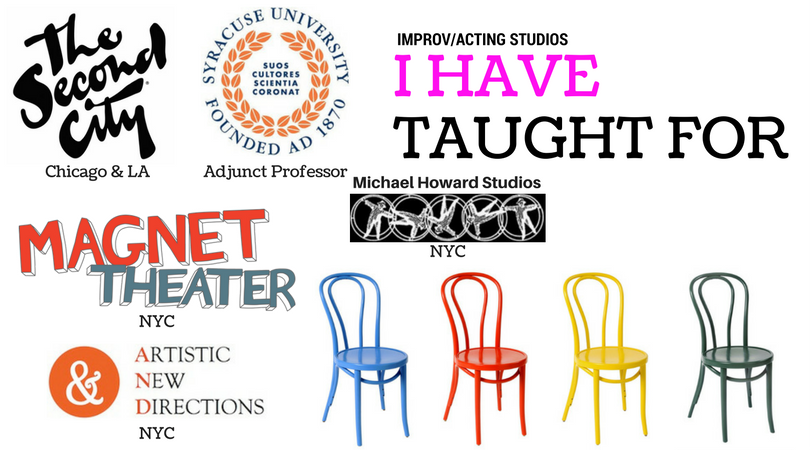